What's the connection between owls and the Leeds Coat-of-Arms?

History of the Leeds Coat-of-Arms

Why are there owls on the Leeds Coat-of-Arms? 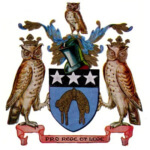 The Leeds Coat-of-Arms developed over a period of time. These owls came from the Coat-of-Arms belonging to Sir John Savile the first Alderman of Leeds. There are lions, dragons and other beasts that appear on Coat-of-Arms but in Leeds we have magnificant owls.

How did the Leeds Coat-of-Arms begin?

The Savile family originally came from Anjou in northern France. They were given the right to vast areas of Yorkshire as a gift from William the Conqueror after the family kindly supported the Battle of Hastings. They were given a few other locations too! The original Coat-of-Arms was a shield with a sash and three little owls on. So here we think the story begins. 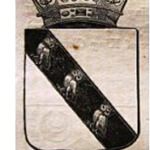 Although they may look like European Eagle Owls there is no evidence to support the fact European Eagle Owls lived in this country in 1626 any more than there were dragons or lions! So at the time when Sir John Savile designed his coat-of-arms with the European Eagle Owl he might just have liked owls and that breed!
The owls do appear on various seals kept in the archives of West Yorkshire Archive Service.

Or do the Owls from his original Coat-of-Arms refer to the Greek goddess Athena who was often depicted with an owl? Or the Roman God Minerva the goddess of wisdom, learning, art crafts and industry? Her symbol was also the owl. Please email if you know the answers! info@leedsowltrail.com 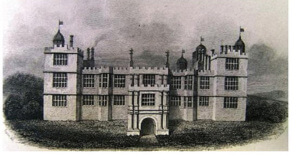 The Savile family lived at Howley Hall (1590) an exquisite Elizabethan mansion situated in the parish of Batley near Dewsbury. The hall was later blown up at the instigation of the agent to Lord Cardigan and now only the ruins remain at the side of the 17th fairway (now on the site of a golf club!).

Every Coat-of-Arms has to be registered at the college of Heralds. The College-of-Arms is the official repository of the Coats-of-Arms and pedigrees of English, Welsh, Northern Irish and Commonwealth families and their descendants. The general rule is that each Coat-of-Arms has to differ from anything previously granted. Scotland is not bound by the same legal restrictions as the college-of-arms.

The Leeds Coat-of-Arms received sanction of the College on the 7th November 1921.

There have been many attempts to formalise the registration but these have failed resulting in that anyone can have their own coat of arms. So what would yours look like?

History of how the Leeds Coat-of-Arms developed visually

In 1626 a Royal Charter of Charles I incorporated the Borough of Leeds when the wealthy Sir John Savile, MP for Yorkshire, was elected the first council member of the Borough. The Coat-of-Arms displayed a fleece, supported by silver owls on a blue field. The fleece represented the staple trade of the town whilst the supporters came from the arms of Sir John Savile. His Majesty’s Officers at Arms altered the colour of the owls to ‘proper’, that being the proper colour of owls. (Brown!).

The Helmet above the shield we originally thought was a ‘civil war’ helmet has now been idenitifed as a “frogmouth helm” and it derived from the Great Helm. It was used in jousting tournaments in the 15th century. It is very heavy and doesn’t allow rotation of the head when wearing it. It has a thin eyeslit on its upper part, out of which you could only see by leaning over when riding down the tilt at the beginning of the joust heat. However, at the moment of impact, the jouster straightened up to protect his eyes and rest of head from splinters. Examples can be found in the Royal Armouries museum. More information also on this webpage Link.

Following the restoration of the monarchy in 1662 the chief inhabitants of the town petitioned Charles II for a new charter. The charter was granted on the 2nd November that year. With this charter the chief citizen became the mayor of the town. The first mayor of the town was Thomas Danby whose arms included three mullets argent, or three silver five-pointed stars to you and me. The stars were added to the arms.

The arms were not settled until 1836 when the Leeds Corporation was reconstituted under the Municipal Corporations Act 1835 and the Borough Seal now comprised of the full complement of blue shield, owl supporters, the crest and the motto, “pro rege et lege”. It was at this point the owls were changed from silver to their proper colour brown.

An important citizen of Leeds in 1920 was Alderman Sir Charles Wilson MP, a Freeman of Leeds and London. He was concerned about the legality of the coat-of-arms as it was not registered at the College of Heralds. It was decided to submit the matter to the College.